Back in Black (and Blue)

Here’s why there’s been such a gap since last post, why writing’s taking ages generally and… well. A big part of why I’m me, really…

I get shy about remarkably few things. I’ll happily tell tales of wild sexual exploits and magical combat engagements, as true as I can (some of those stories get... involved.)

The thing I get most shy talking about is the state of my health. And it’s only after seeing the bravery and skill with which my beloveds Kirsty Hall and Jolane Abrams have come to deal with their own illnesses – and especially Kirsty’ brave, heartfelt blogging on how her Chronic Fatigue Syndrome’s affected her life and art practice, and Jolane’s ayahuasca trip reports (hers always aimed at healing herself and others) – that I’ve come to a point where I can accept my health issues, and even talk about them… hopefully not quite to the lengths many in middle-age seem to want to!

I’ve never been a fit lad – at school I was ‘The Odd Boy who doesn’t like sport’ of the Bonzo Dog song. Half-blind every summer with hay fever, I sat on the sidelines & read scripts for Drama club. (With inevitable consequences re. bullying.) After a childhood on the low, badly-fed end of poor working class, brief jobs then dole… not a lot of healthy choices. I did study martial arts for a time in my 20s – and ironically it was a much later dojo accident 6 years ago, resulting in a bruised foot that turned to gangrene, that led to the next discovery – of my having type-2 diabetes.

After they scraped the pus and rotted flesh from my double-sized black and green right foot, twice (delightfully, the term for this op is ‘debridement’), the resulting rather cunty-shaped wound was left open to granulise – repair from the inside out. This resulted in near 3 month in bed with a fucking great crater in my foot that went down to the bone.

They pulled 6 feet of bandage out the hole after first op, like a magic trick.

One thing they don’t tell you about diabetes generally is that has so many knock-on effects. Such as weakening immunoresponse so that the smallest cough virus (man-flu, if you insist) elevates to full flu.

And, when like last year I got yer actual H1N1 Swine Flu… that was me flat out for 3 months. I got over that, but the diabetes ain’t going away any time soon, I still get bugs real easy – and now I’m informed I have a bone spur in one heel (also something diabetics are prone to). Fixing that, short of an op (had too many in past 6 years – on foot, tendon sheathes in hands and mutant wisdom teeth buried in my jaw – ta) recovery means reshaping my gait, using shoe inserts designed to shift how my feet land. Knock-on effect of that – knees having to learn new ways to bend, are beginning to weaken.

Recently I got to the FUCK THIS SHIT stage with it all. My bad health gets in the way of so much – wanting to write more, share my ideas with fellow minds, go places to do so or just to meet friends…

So I’m working on this, big-time. Slow but strong. Grinding. Finally, I feel freed from the odd geas I seemed to pick up young, that self-work using magic was somehow cheating. So I’m doing little healing workings to help me either fix what I can or strengthen what I can’t fully fix. Since I throw a bunch of imagery part-derived from Wilhelm Reich (orgone-visualisation stuff for one) I’m calling the work Blue Grinding.

I WILL to be well. I will be well.

So… that’s why there’s not been much going on here for months. Not just my health, but that of so many people I love, has been at risk for months – some very seriously but, thankfully, not many fatally.

But the Blue Grinding is starting to take effect. I’m well enough to walk a bit more (hoping to travel to London for a day soon) and those flu-bugs are finding me harder to riddle.

And the more well I am, the more I want to do.

This is not intended as a pity-party, or a call for “there, there” replies. It’s a statement that I want to do more, be more active, write more, share more with my remarkable friends and people yet to encounter. That, ill or not, diabetic or not, part-lame or not… 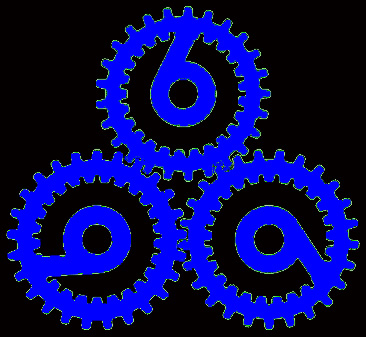